Hi, I’m trying to implement the Soft Shadows in my macOS Objective-C application. Your sample playground looks gorgeous, but I cannot well understand how to achieve the same effect using a typical geometry passed to the Vertex Shader by drawIndexedPrimitives:.

How should I intercept the ray with the geometry?
And how should I dispatch the threads?
Is a sample code I can learn from?

I would advise exploring acceleration structures. Metal by Tutorials provides an introduction to ray tracing concepts, but doesn’t go so far.

Specifically, start off with the ray tracing WWDC videos from 2021 and 2022. There’s a ton of sample code too, most of it in Objective C.

The first part of this shows how to do Ray-mesh intersection to see if rays hit triangles (rather than spheres and rectangles as described in MbT).

You should still explore Apple’s ray-tracing APIs though, as they will be optimised.

Thank you Caroline! This sounds really well. I have already taken a look at the Apple Hybrid Rendering. I will take this workshop and come back here soon. I am very interested in real time ray-tracing, path-tracing and rendering.

I added a sphere to the scene, a texture to the objects, then I added the specular color effect to the shader. My camera is now movable/zoomable using the trackpad. 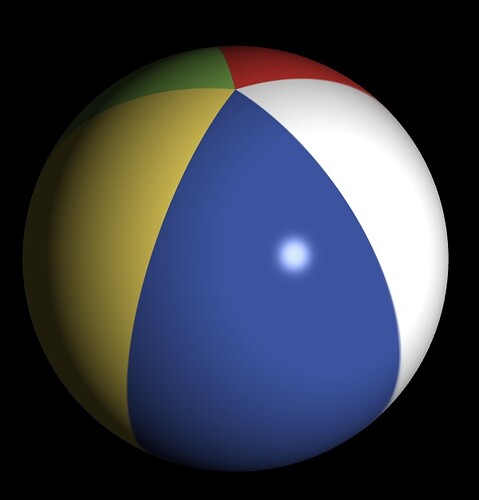 Thank you for you precious suggestions and pointers.

P.S. Actually I have found a fine video-lesson about PathTracing. I write its link here for your convenience. 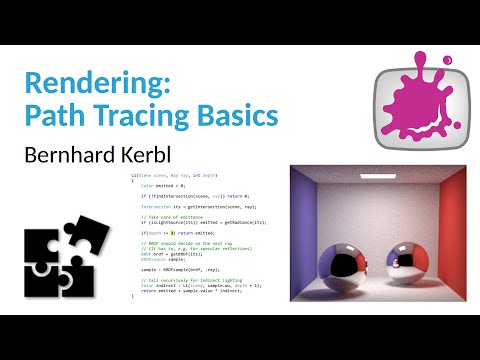 Hmm I don’t know that I can address these in a reasonable amount of time.

For example, this hybrid rendering pipeline from Ray Tracing Gems: 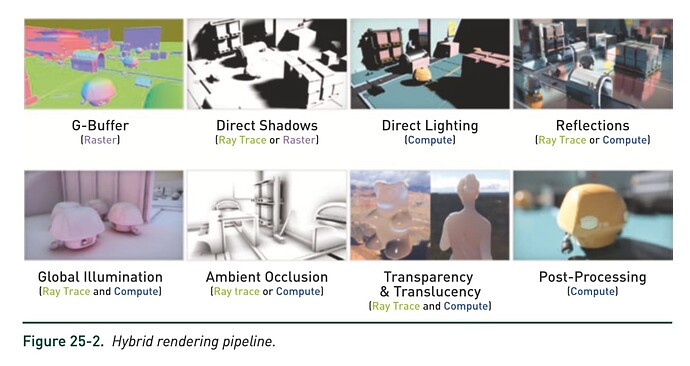 Thank you for the link. It looks like a great playlist: https://youtube.com/playlist?list=PLmIqTlJ6KsE2yXzeq02hqCDpOdtj6n6A9