This introductory Unity tutorial will get you up and running with Unity 2D by creating a lunar landing game.

This looks like a good tutorial, but when I open the project folder called “starter” in Unity, the Lander gameobject does not exist in the hierarchy, which means I am stuck at the following step: “Assigning Sprites to the Lander”

I tried making a Lander gameobject from scratch and assigning the correct spite to it, but I couldn’t test it by hitting play, because the one I created from scratch won’t be able to move using WASD.

The Lander object is at the top of the hierarchy of the Lander scene. See the screenshot attached here: 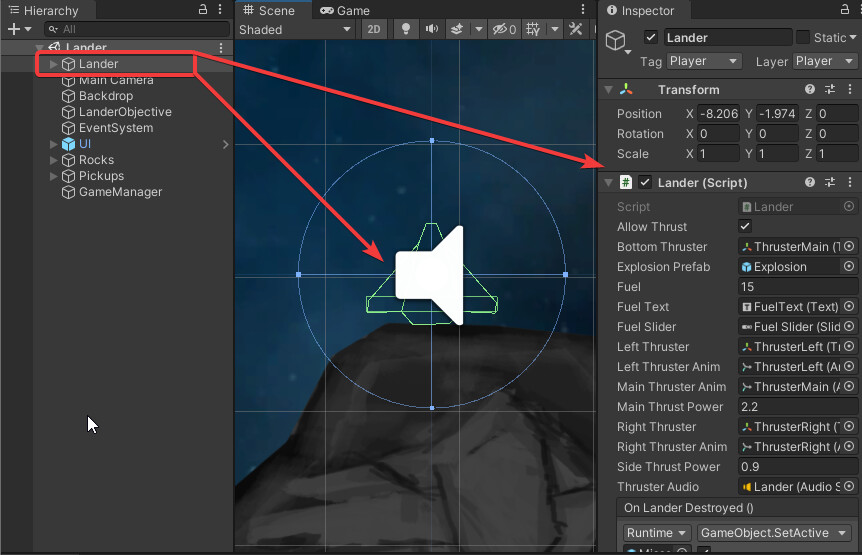