15.1
" Note : sqflite is a plugin and not a package because it requires platform-specific code."

That sentence is wrong because plugins are (a certain kind of) packages:

How to write packages and plugins for Flutter.

I used the code provided for us in the book, please if you know the exact line where I can add the message Dao you can help me out

Here is the link: https://www.raywenderlich.com/books/flutter-apprentice/v2.0/chapters/19-firebase-cloud-firestore#toc-chapter-025-anchor-007

Terminology is a bit blurry here, but yes, when I read

sqflite is a plugin because it requires platform-specific code

Thanks for pointing this out @i3games.

I think it has to do with the formatting of the command. Try using the command on a single line. Like this

i did that still giving same issue

Hello @iphie_flutter i would check if you have adb command available. If not you have to install it.

Next maybe you can try this:

I don’t have a windows machine, sorry i can’t help debug

someone should help me please

Can you post as text the full command you are using? The original picture in truncated and we might be missing some detail.

section 0, chapter 6:
“You’ll gain an understanding the wide range of widgets available in Flutter and put them to use”

While creating the recipe.dart file, a semi colon has been used instead of a colon in the following comment 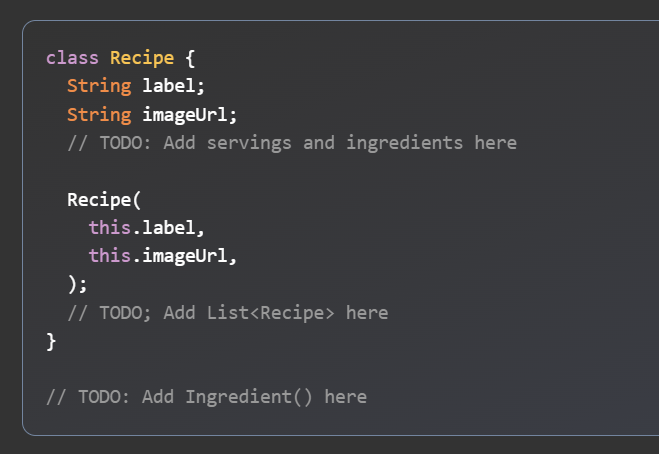 The text reads: “Open android/app/main/AndroidManifest.xml and add the following right before the tag:”

Note that it doesn’t say before which tag. From looking at the android developer site, it looks like it should go before the tag.

Ah. It’s a rendering problem with the markup

It should say “before the <application> tag”

Just some things I think worth mentioning in 2nd Ed. Chapter 1 Getting Started. You might mention that the user actually name their app or copy the screen shown, currently it states just click Finish. Then it describes the “Pub Get” and the get dependencies messages but those messages do not show up unless they have the main.dart file open. And there is no mention of where that file is or what it is, and it does not open automatically, at least on my system. If this was truly my first Flutter app, I’d be lost already…

Hi there. First and foremost, thanks for a great book

“15. Saving Data With SQLite” suggests using “dependency_overrides”, but Flutter docs does not seem to approve this (I also don’t understand why it’s needed

I also wonder why it is suggested to use Future(() async { // ... and not just mark insertRecipe as async itself

“15. Saving Data With SQLite” suggests using “dependency_overrides”, but Flutter docs does not seem to approve this (I also don’t understand why it’s needed

We took a little temporary shortcut because there were issues with moor_generator. See Ch-15: Problem using moor_generator for more details.

I am quite positive we’ll get rid of dependency_overrides in the next book update.

You are correct. We’ll fix this in the next version

Also, Consider being more explicit about what’s an example and what you expect the user to type in.