Installing Firebase is not enough. You actually have to configure it in order to work with your app. In this video, you'll learn how to do this.

This is a companion discussion topic for the original entry at https://www.raywenderlich.com/4203-beginning-firebase/lessons/3
stealthkat August 22, 2017, 8:03pm #2

@vegetarianzombie Brian. I just completed the steps from 3. Configuring Firebase. I am not getting any information in my debug frame one way or the other whether Firebase is working configured. Now, I just continued with my project from Part 2. Will that not work or is there some setting I need to do to make the Firebase status show?

Are you getting any information printed out to the console?

All I got was the following:

Is the configure call to Firebase being called? Did you put it in init or didFinishLaunching?`

When I had it in didFinishLauching, it looks like it was never called (I even tried a breakpoint on it and it never paused). That seemed odd to me.

Now I just moved it to an init, and I am getting a sigbart error stating that it cannot find the google config file.

I am going to try the steps again. Before I do though, can I simply start with my project from Part 2 or do I have to jump to the Part 3 starter project?

Yeah, it’s weird how Firebase reccommends didFinishLaunching when it doesn’t seem to get called. You should be fine with your Part 2 project. It sounds like all you need to do, though, is get the config file from Google and just import into your project.

Let me know how it works out. Thanks!

I have tried to follow the instructions and I am sure that I have added the plist file to the project. I have even tried doing the same thing to the 03 Final project. It is not working for me.

Perhaps there is a bug in the latest Xcode beta? I am using 9.0 beta 6.

Ok, I got it working, but I had to do it differently. I am going to assume there is a bug in Xcode 9 beta 6.

I copied my plist file that I downloaded, to the Crocr folder inside of Grocr. (not sure if that matters or not, but that is where it was located in the final project).

Then I used “Add Files to ‘Grocr’…” to add this plist file to the Supporting Files. (instead of drag and drop)

Build and Run and it worked as expected.

I had exactly the same problem. It appears that Xcod 9 beta 6 does not actually copy imported files from the location from which you choose to the project location. Once I had moved it manually to the Grocr folder inside of Grocr, my project built and ran OK.

Yes! Same problem. Here is the link to the StackOverflow question: 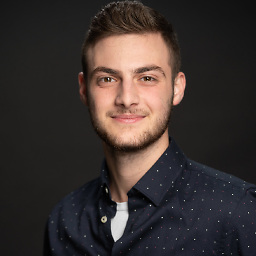 Could not find a valid GoogleService-Info.plist in your project

Hi . I had the same problem. By adding the

If you change the didFinishLaunchingWithOptions method to the definition below it does get called as expected:

Running xcode 9 (not beta) and this problem persists. I copied the plist file to the project folder in the Finder, then added it to the project via the File menu. Worked fine after that.

I know this is late but the command has been changed to: FIRApp.configure()
just wanted to save someone a google search.

This topic was automatically closed after 166 days. New replies are no longer allowed.